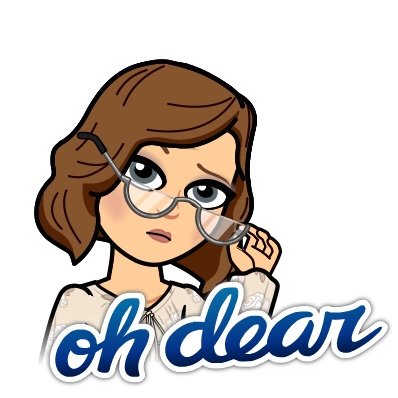 Today, Little AoA, AoA grandma and I went to the local superstore. We didn’t have a big list or anything, just went to get out of the house for a little while, and pick up the few little items that were not thought of when we did the main grocery shopping. I ran into one of my favorite students, and we started having a great conversation. While I visited, Little AoA and Grandma wandered off to pick up a couple of items. When I called Grandma’s phone, she answered, and quietly informed me that they had run into the dad on the other end of the store.

In normal situations, this would not be a problem at all…but no….when the last time he was with the kids was 9 months ago (other than the time he stalked Little AoA when she was selling Girl Scout cookies). Little AoA made the first move…she greeted him and gave him a hug. She started talking to him about her upcoming birthday, and school. That seems pretty normal. If it would have just stopped there, that would have been very appropriate.

Apparently, the dad began to interrogate Little AoA about her brother. He asked if he had been getting outside, and he asked about Brother’s bedtime. Both areas of great disapproval from the dad…triggers for his anger. I asked Little AoA how she responded. She responded just how she was conditioned to respond to the dad…to join him in criticizing others. She told her dad that Brother never goes outside, and doesn’t go to bed.

I reminded her later, that we just returned from a beach vacation with a lot of outside time. Little AoA said that she was afraid that if she told her dad that we went to the beach, he would get mad.

The dad already knew that we went, because I had to notify him when I took the kids out of our state. Why didn’t he ask her if she had fun, or if she dug in the sand? He knew about this, but still set up Little AoA to feel the fear.

Little AoA processed her feelings afterward. Her first question was,”Why is he at this store? There is a store much closer to his house.” Then she said that it felt awkward and uncomfortable…and that she couldn’t stop giggling.

Little AoA doesn’t want to go to this superstore anymore, other than to use the grocery pick up service.

Our court approved agreement included trying to build the relationship between the dad and kids over time. Today’s encounter showed me that the kids aren’t ready to withstand the interrogation and covert bullying from the dad.

I was nervous as well, but for different reasons. This is a person who has bragged about carrying a concealed weapon, AND how he is going to kill me. I found a place in the store to wait for Little AoA and Grandma; where I could hide quickly, or duck behind something if needed.

We managed to check out and get to our car without being confronted anymore.

We will be fulfilling our shopping needs elsewhere for a while, but this could happen just about anywhere. We live in a fairly small town of about 32,000.

This reminder to all…court agreements and restraining orders are just pieces of paper. Remain vigilant…have a plan.