I appreciate all the joys of this holiday season more than ever! If you have ever had a sociopath, narcissist, or other cluster b in your world; you know what I mean for sure. Never a Christmas went by that there wasn’t some type of drama or anger outburst designed to spoil the love. My last Christmas with that person in my home was in 2012. The events revisit my mind each year at this time. I was just days after having back surgery, and in some pain. He became angry that I wasn’t up and making the house perfect. He silently got his gun, and went to his truck- I thought he was going to kill himself or another- he had been so angry that year, that he had threatened to kill my parents and delivery drivers. On Christmas Eve, he started wringing his hands and pacing the floor- then he silently left…he didn’t respond to texts or calls….he didn’t come back on Christmas morning.

Never again would I go through that heartache!

There is distance now. He still chooses holiday time to act out, as he recently made a show of threats at brother’s therapy office.

While I wish that the AoA kids could have some positive relationship with the dad, I am beginning to accept that it will not happen. It seems that whenever things are going seemingly well, the dad goes off the deep end with threats or hateful comments or actions. This has been the pattern for the last six years.

Back to the fun part….Little AoA and I have had tons of fun getting ready for Christmas! She is the best at decorating and organizing! Brother comes to the tree every now and then to try to get an early present. No giving in to this….if it is wrapped, it stays wrapped until Christmas morning! Neither of the AoA kids likes surprises, so they pretty much know what all but a few of their gifts are.

My lingering task is to mail something out to my 22 students. I missed the timeframe for Christmas, so they will be New Year gifts! 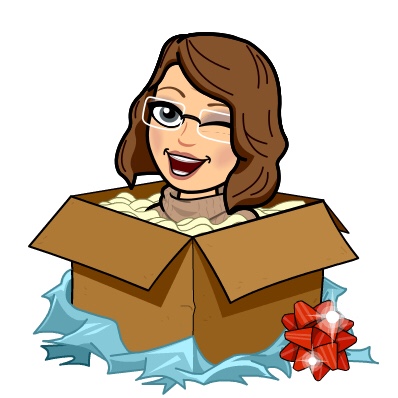 I know I share the same story of how the dad left on Christmas Eve…every year. It lives in my mind, and resurfaces at this time…having less emotional effect as each year goes by. Thank you for the space to share year after year❤️