Supervised visits with Brother and the dad will start next week. I have had some much needed peace for the last year, relatively speaking. Supervised visits stopped last July, and I have not had to coordinate anything with the dad for the year. He stopped responding to texts about doctor appointments, and refused to pay the agreed upon child support for the year. He was always in the background, however….stalking and acting like it was just coincidence that we were in the same place at the same time.

Now that Brother is older (13), and has learned a lot about setting boundaries, it is time. I can tell that he doesn’t know the entire set of circumstances, and has blocked out many experiences he had with the dad. He understands that the dad has limited intellectual capabilities, but has fallen into the same trap I was in, excusing inappropriate behavior because of it. Brother doesn’t see the dad jumping around to 9 attorneys, lying about situations, and continuing to try to work against the kids and me instead of being a supportive parent. Brother doesn’t know that the dad and granny committed a heinous crime and got away with it. Brother doesn’t know that the dad lied to DCS, my employers, attorneys, judges, the psychologist who did our parenting evaluation, and care providers. That doesn’t even include the time we were married. At that time, I was excusing the lies, and even believing the lies on things that I had no proof to back my disbelief on. 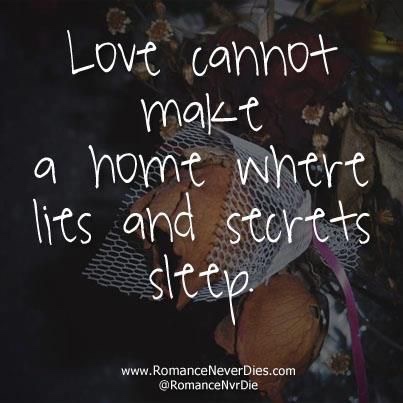 The place where Brother is right now, is understanding that the dad “doesn’t always give all the facts”.

Well….I suppose that is one way to call it. That is what I use to think. There came a point though, where it was so important to have provided ALL the information, that it crossed a line. I remember he use to accuse me of lying to him on a regular basis. He would tell me how he HATES liars more than anything! The sad thing is, it was him who was lying. 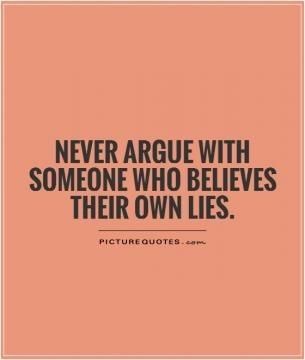 It seemed that by the time I had reached my limit of excusing the regular lying, it seemed that the dad truly could not distinguish between the truth, a lie, and an omission. I remember my initial divorce attorney stating that a competency hearing was where we were headed if we had gone to trial at that time, because it was noticeable that the dad was delusional and unable to appropriately assist his counsel.

Today, when I spoke with the supervisor for visits, she shared that the dad has already asked about bringing his mom to visits. Since the initial separation, there have been no legal restrictions on the dad’s parents maintaining a relationship with the kids. They stopped the relationship when the judge ordered supervised visits with the dad. Despite their ability to maintain relationships of some sort, they never acknowledged the kids on holidays or birthdays, except for the ONE time that a hateful message was left on my mom’s phone. They have acted as though they were victimized.

I had a brief conversation with Brother about whether he wanted the grandparents at visits. He said that as long as they respected his boundaries, he was ok with it. Over the years, I have periodically asked Brother if he wanted to contact the grandparents, and I let him know that there was no restriction on those relationships. He never felt comfortable with it. I reminded him today, that even though the dad wants the grandparents at supervised visits, he was free to see them whenever he wished. There was never any court order about grandparents. I was surprised by his response to this….he suggested that the grandparents probably never knew that they could contact the kids, because the dad probably didn’t tell them the whole story! I was told by Brother, that I turned “everything into a conspiracy theory”. Unfortunately, the truth ends up sounding just like a conspiracy theory, because it is just incomprehensible that people would do these things on purpose. I mean, why would the dad not tell his parents that they could still send things to the kids and have some kind of relationship with them while he worked through his things?

Ignorance seems a much more acceptable reason than a conspiracy to make his parents suffer the consequence for his behavior.

While I am on the subject, conspiracy or ignorance? In an earlier post, I mentioned that the first supervised visit had been scheduled without my knowledge. I was proactive, and reached out to the visit center. The supervisor said that the dad had given her an incorrect phone number for me! I have had the same number for about 20 years. I found that oddly suspicious. In my gut, I suspect that someone has told the dad that if I don’t follow our court agreement, he can take me back to court. Not unlike the advice he was given about making a trail of reports to DCS in order to take me to court.

I know that Brother sees the truth, but is he strong enough to endure? I pray that with the continued support of his therapists, Brother will be able to maintain healthy boundaries, and see the truth for what it is. I pray that he will not fall into the trap of believing the dad is innocently forgetting the truth, and excuse bad conduct.

I feel the mental exhaustion sneaking up on me.