The AoA kids have started contact with the dad, after about a year of no contact, as they healed from past trauma. There have been a couple of holidays/special days during the time of renewed contact, where a small gift would have been appropriate. Little AoA had her 11th birthday in September. In a letter to her before her birthday, the dad asked her what she wanted. Her birthday came, and she got a card. There was no money or gift with it. Now I try very hard to teach the kids about being grateful for everything, but this seemed kind of cruel. Please don’t engage a child in a discussion about what you can get them for their birthday or Christmas, and then only give a card. This is very confusing to children. They begin to question themselves and the giver. As somewhat of an optimist, I tried to help Little AoA be thankful, and find some humor in it. At least it wasn’t a _____!

Part of a divorce agreement is that parents will not speak ill of the other parent in front of the kids. Once the kids are older, they start to realize for themselves, the truth about others. Were the expectations too high? Does my parent value me? Does my parent care about me and want to know about my strengths and interests? Does my parent love and support me for who I am, and not for who they think I should be? 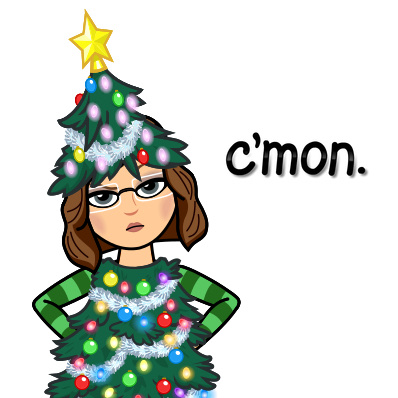 The holiday season has been upon us for a while now. The anticipation started building, the moment Halloween ended. The dad started his rants of threats, trying to get someone to say that the kids needed to be with him for Christmas. Playing on emotions has always been one of his strengths and hobbies. It has worked in the past, and resulted in trauma and heartbreak. It was Christmas Eve, 2012, when he walked out on me and the kids, with no contact or notice until late on Christmas Day. The kids will have that memory etched in their minds, as will I. Prior to that, he very much hated everything about Christmas, EXCEPT for him receiving gifts. He did not participate in any of it, and on more than one occasion, threatened to shoot anyone who brought gifts to our house.

….back to the topic….. after all that manipulation and playing on people’s emotions, he gave each child a Christmas card. No personal notes, no gifts, no money or gift cards….

The kids were confused to say the least. They are understanding more about their dad, as they live in a home of love and support. I think I was covering up for him the whole time we were together, by buying and giving things in both of our names.

When the kids were little, I would help them make or pick out gifts for their dad. Now that they are older, they are simply reciprocating what the dad gives to them. Little AoA is scared to give him even a picture or card, because the last thing she sent him ended up being used to take her, me, and her long time therapist to court! She had closed the letter with ,” I miss you”, and it was misinterpreted and used in court!

Just be kind….especially to kids who are developing the core belief systems that will shape their lives!